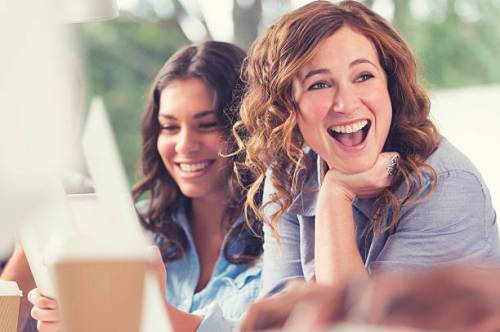 EDINA, MN—While exploring the various ways they might have planned it ahead of time, possibly through text messages early this morning or a late-night meeting, sources have confirmed that Tuesday the whole office was abuzz after employees Bridgette Marks and Shelby Levi accidentally wore somewhat similar outfits to work, all to the widespread hilarity of their fellow coworkers. “I took the elevator with Bridgette this morning and thought everything was fine, but then I saw Shelby in the hall, and I was like ‘wait a minute, a green checkered shirt and blue jeans?’ then I realized what happened, and my world was filled with uncontrollable delight” said Linda Gavin from HR, adding that as part of the gut-busting hysteria, both Shelby and Bridgette wear dark framed glasses on a regular basis, so even their faces were dressed alike. “We all had a meeting at 8:30, and as soon as they walked in somebody yelled out ‘twinning’, and I swear to God the whole room just imploded with raucous laughs. I was like ‘this is why I just love coming to work here. The fun we have’.” Sources confirmed that the event skyrocketed into comedy infamy when Gavin, who was not wearing a green checkered shirt or blue jeans, confidently asserted that she had not gotten the memo.