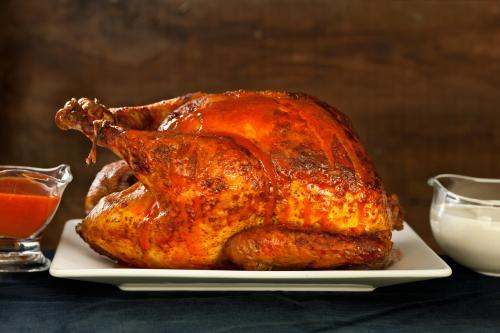 Palatine, IL – Jerry Newman, a suburban husband, awoke on November 27 to discover that he had slept a full 120 hours after he had eaten half of the Thanksgiving turkey on a bet. The turkey was basted by his wife Susan using Nyquil as the foundation. Susan had this to say, “Oh gee, I do this every year to calm down the family after the meal. It helps us avoid all the nasty arguments by napping through the evening, you know? Then everyone takes off! I just wish my nephews had taken their naps before they left. God rest their souls.” Jerry woke up proclaiming himself the victor of the 2018 Turkey Bet. The bet involved Jerry gambling with his nephews that he could eat half of the 32 lb turkey and if he did they would have to buy him a Nintendo Switch from the Thursday night Walmart sale. Jerry was able to eat 16.1 lbs of turkey and promptly fell asleep. The nephews, honoring the deal, drove to Walmart but did not return. The Nyquil-basted Turkey kicked in as soon as the doors were opened and they were tragically trampled. Thankfully, Jerry has woken up in time for the funeral and plans to deliver a eulogy stating his victory over the nephews.The service will be held at St. Nectarios Greek Orthodox Church which Aunt Susan is exclusively catering for as a show of her condolences.