Two-Year-Old Moves Forward With Plan To Scream In Car 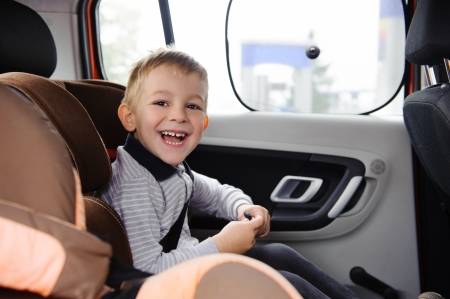 DES PLAINES, IL – Citing his suspiciously quiet evil smirk while being rolled through the Six Flags Great America parking lot, coupled with the obscene amount of sugar on the funnel-cake he just had to have for lunch, sources confirmed Tuesday that two-year-old Mason Oliver is way too stimulated, and moving forward with his plan to scream in the car on the way home.

“We knew we were in trouble when Mason started to kick his disgusting feet into my mouth as I buckled him into the car seat, and the way he started to sing a song, but not really singing, just like ‘yell-sing’, you know? But neither of us anticipated the unhinged shriek that exploded from my son’s facehole once I shut the door to his side of the Prius,” said an exhausted Mrs. Oliver just outside the car, taking one last breath in a moment of freedom before opening the driver’s door and entering the vortex of sound and emotion.

“It’s clear he has been planning to destroy our brains with this howl ever since earlier when we met Bugs Bunny,” yelled Mason’s mother over the noise as she drove, adding that normally Mason’s unprovoked inhuman bellows were coupled with violent thrashings and her husband twisting his spine backwards in an attempt to calm the toddler by sheepishly saying “Hey Mason? We have to try and be quiet now, ok?”

“He plans attacks like this so often, I’ve forgotten what the car radio sounds like. You get kinda used to it though. I tune it out like a white noise machine, only instead of white noise it’s your stupid child’s meaningless questions and screeches.” At press time, Mason could be seen pointing at cars on the freeway and yell-asking nonsensical garbage things about them like “who drives that car!?”, while Mason’s mother angrily read a text message from a childless friend asking when they could go get drinks.